The European Physical Society (EPS) is a non-profit organization whose purpose is to promote physics and physicists in Europe. Formally established in 1968, its membership includes the national physical societies of 41 countries, and some 3200 individual members. The EPS is our strongest partner and also hosts the IAPS headquarters in Mulhouse, France.

The International Union of Pure and Applied Physics (IUPAP) is an international non-governmental organization devoted to the advancement of physics.

It was established in 1922 and the first General Assembly was held in 1923 in Paris. It comprises many national physical societies, some of which sponsor IAPS and its national committees.

he International Physicist’s Tournament (IPT) is an international competition for physics students. It was born in Ukraine in 2009 and takes place every year. From each country a team of 6 students can participate. They get a list of 17 experimental problems which can be solved within about 10 months. At the tournament they have to defend their solutions in special physics fights.

The International Association for the Exchange of Students for Technical Experience (IAESTE A.s.b.l) is an Association of National Committees representing Academic, Industrial and Student interests. Each Member and Co-operating Institution is responsible for the administration of the exchange in its own country.

The Young Minds project (Young Minds YM) aims to boost the creativity of young minds, setting up a bright, brave, creative, determined, passionate and focused initiative. As this project of the European Physical Society is open to all enthusiastic young researchers in Europe and around the World, be sure to be part of the next generation of leaders in science.

The International Astronomical Union (IAU) is the international astronomical organisation that brings together more than 12,000 professional astronomers from more than 100 countries worldwide. Its mission is to promote and safeguard astronomy in all its aspects, including research, communication, education and development, through international cooperation. The IAU also serves as the internationally recognised authority for assigning designations to celestial bodies and the surface features on them. Founded in 1919, the IAU is the world’s largest professional body for astronomers.

The Federación Iberoamericana de Sociedades de Física (FEIASOFI) is an umbrella platform for physical societies in Central and South America, the Caribbean and the Iberian Peninsula. with the purpose of fostering collaborations on many dimensions. It was officially established in its current form in October 2005, though steps to achieve it started almost ten years before. Currently, it gathers physical societies from 21 countries.

The International Association of Geomagnetism and Aeronomy (IAGA) is one of the eight Associations of the International Union of Geodesy and Geophysics (IUGG). It is a non-governmental body funded through the subscriptions paid to IUGG by its Member Countries. IAGA is concerned with the understanding and knowledge that result from studies of the magnetic and electrical properties of the Earth’s core, mantle and crust; the middle and upper atmosphere; the ionosphere and the magnetosphere; the Sun, the solar wind, the planets and interplanetary bodies.

The International Particle Physics Outreach Group (IPPOG) is a network of scientists, science educators and communication specialists working across the globe in informal science education and outreach for particle physics. Their goal is to bring new discoveries in this exciting field to young people and to convey to the public that the beauty of nature is indeed becoming understandable from the interactions of its most fundamental components – the elementary particles. 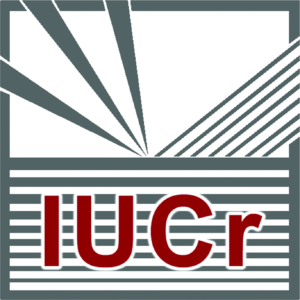 The International Association of Volcanology and Chemistry of the
Earth’s Interior (IAVCEI) is one of the eight Associations of the  International Union of Geodesy and Geophysics (IUGG). It is a non-governmental body aimed at the understanding of physical and
chemical processes that drive magmatic processes and volcanic activity on Earth. Mission of the IAVCEI is to facilitate networking and
exchange of knowledge among Earth scientists worldwide.

The International Union for Pure and Applied Biophysics (IUPAB) an international

organization dedicated to biophysics, established in 1961 in Stockholm. Its objectives are to organize international cooperation in biophysics and promote communication between the societies interested in the advancement of biophysics in all aspects.